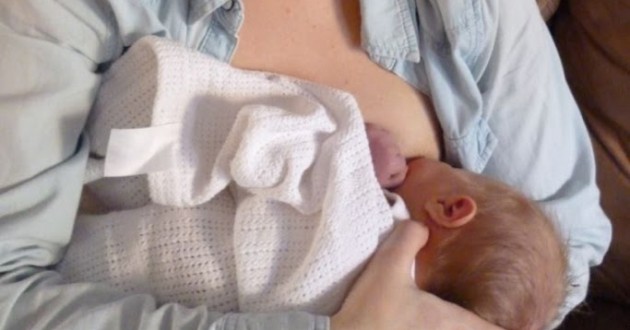 In my professional life I run a company that’s dedicated to making breastfeeding a positive experience – we design beautiful bras, nursing nightwear and swimwear and sell it to over 150 retailers worldwide. We’ve been doing it for over 10 years, won awards, our undies have been worn by celebs and stocked in prestigious department stores (inc Selfridges’ new Body Studio, woop woop!). I listen to our wonderful customers, women who are desperate to ‘succeed’ at breastfeeding and who feel terrible guilt if they don’t. You’d expect me to be evangelical about it right? Er, no. From personal experience, and from research (buried by the press btw, very un-zeitgeisty), I believe that it doesn’t matter that much.

Breastfeeding – for me – was hard. When I was pregnant with Sacha (now 4), I was determined to breastfeed for at least 6 months (the health benefits, the bonding, the flexibility), but the reality is that we only managed 4 weeks. And those weeks were tough. I was absolutely exhausted, which meant that my milk supply became very low. The stress of seeing my baby’s weight plummet (he went from the 50th to the 2nd centile), made me even more anxious, and the raised stress hormones decreased my milk even more. I soldiered on as I felt intense guilt about giving up. That wretched protestant work ethic! We pumped, read books, tried supplements. I say we as my wonderful husband, though baffled, tried to be as helpful as possible (men offer solutions, women offer understanding). But eventually, one dark night (in all senses of the word), as Sacha howled and howled, I ran to the kitchen and ripped off the foil on the emergency tub of Aptamil. I’ll never forget the look of relief as he glugged down those first mls, a weary nod that said “Dear God, what took you so long!” He passed out instantly, replete.

Switching to formula was no quick fix though. He had terrible reflux, and just as one bottle would go down, it would come straight up again. So I wouldn’t ever really ‘know’ how much he had taken (one of the supposed benefits of bottle vs breast). Getting up, boiling kettle, fannying about with formula twice a night was definitely more tiring than rolling over and getting him to latch on. But ultimately, my baby wasn’t hungry any more, and was putting on weight, and that’s what mattered.

With time, the guilt dissipated as I saw how close we became, and the health benefits, well… it’s worth readingthis (and this counter argument, just found it now, wow!) and making your own mind up about it. Sacha has a superhero-strong immune system and has been mainly unaffected by the various bugs making the rounds at nursery. He’s bright, and we’re close. Check check check.

But would I try again if we have a second baby? Four years on, I still remember the blissful moments when Sacha was latched on, warm and cuddly against my body. So yes. But I would feel zero guilt about supplementing or switching to formula. Please ladies, guilt is not a useful emotion. And if you do stop, it means you can go back to really pretty bras!