CONTACT US
Want to know more? Read our blog
Prefer to shop in store? Find a stockist
Tag archives for: 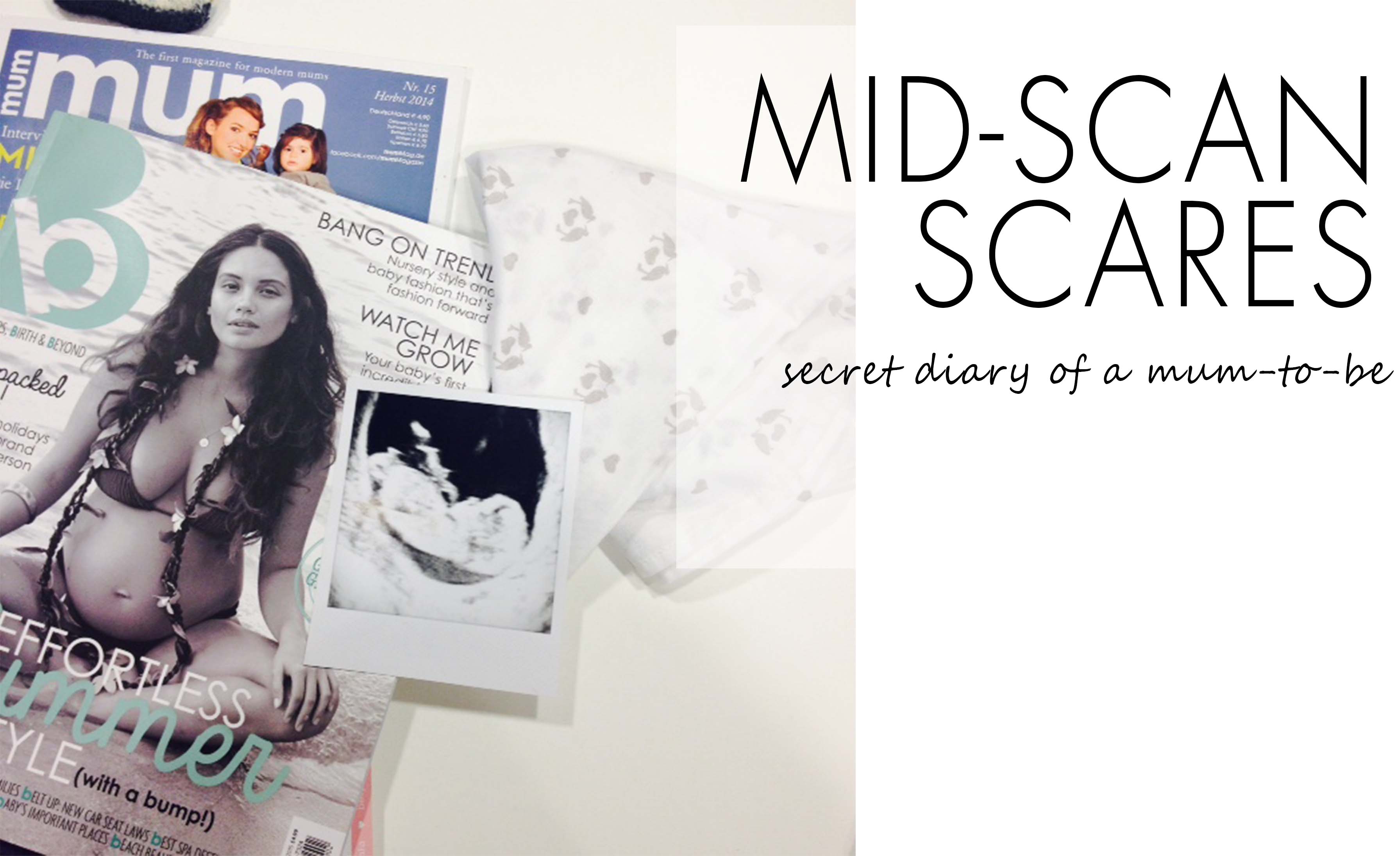 Scan Scares – diary of a mum to be

Ever wondered how other mums feel when they find out they’re expecting? What thoughts cross their minds, how they feel as their baby grows inside them and how they cope as this journey plays out?  We’ve decided to follow Carly, a first time mum, who’s here to tell us her inner most thoughts, feelings and completely crazy cravings, because every story is different, unpredictable, terrifying and wonderful!

Just back from midwife – quite a lot of information to process so I’ll document it here:

Blood type – I have an apparently a quite rare Rhesus O Negative blood type, so I have been booked in for what they call an Anti D shot at 28 weeks . This adds antigens to my blood that aren’t there naturally. The problem with being RhO- is that any type of positive blood mixing with mine would be like drinking poison. My immune system would attack it and a large amount of it such as during a transfusion would make me very ill.

Not great but even worse is that if the baby has a positive blood type from his or her daddy (A, B, O or AB+ blood types so it’s likely) and our bloods accidentally mix, it wouldn’t be great for them. The Anti D shot works to combat all of that but I’ll need a second shot after delivery as well.

Low risk for Downs syndrome – she said the diagnostic tests confirmed this was good, but doesn’t have my final results back so she’s sending them by post. She said though they don’t send low risk letters to expectant parents unless they’re sure of the results (as sure as they can be), so I’m reassured.

Sensitive cervix – I have one. I’ve had a couple of little bleeds with no pain and no major blood loss, so she thinks my cervix is sensitive. I have to take it easy from now on – no mountain climbing (oh well….)

Lastly but not least, I heard baby’s heartbeat on her hospital Doppler and it IS the same sound and BPM as I’ve been hearing on my home one. Phew!

This past week has been really tiring at work with lots to do and not enough time to do them in, so as a consequence I’ve been falling asleep more in the evenings but then not sleeping properly come bed time. Frustrating and it means at work I feel like a zombie. My friend popped round at the weekend with a pregnancy support pillow but one that can also be used past birth for nursing and then for baby to sit in – that’s now in the nursery alongside our ever-growing collection of baby bits.

I’m waiting to start feeling kicks now – apparently first time mums don’t feel them usually until about 20 weeks but I’m hopeful to feel them before. I have felt some twinges where I think baby’s feet would be but nothing like the “fluttering” sensations that apparently herald those first kicks. I’ll keep you posted…

It’s been a long week. The house is a mess and I’m feeling stressed about it all. I know it’s ridiculous but I’m really struggling with the hoovering at the moment. Our Dyson is quite heavy and lugging it up and down the stairs really hurts my hips – the other day they were so bad I resorted to sitting on the kitchen floor and using the nozzle to hoover everything – I just didn’t feel I could stand any longer! Looks like my dearest husband will be taking that particular chore over from now on…oh well!

So we had our 20 week baby scan this week  and I’m pleased to say everything looks OK as far as they can tell at this stage. Everything has been noted as “normal” and we got a nice view of baby – at least everything looks a little less “alien” like, and SHE wasn’t lying like a frog this time.

Yep, that’s right. Sprog is a baby girl, or so they think. Unfortunately she was being stubborn and lying head down, hands in front of her face, and with legs together and ankles crossed, so not the most compliant position! Fast asleep as well so no amount of nudging would shift her! The Sonographer said she was 70-80% sure she couldn’t see any boy bits on any view of the scan, but of course they could still be tucked away.

I’m not the most patient of people so I’ve booked a 3D gender scan for 2 weeks time. I think it be better to get a more conclusive answer to the gender question.

In other exciting news I think I felt my first proper kick on Tuesday! I’ve been expecting to feel them lower down but as baby is laying head down with feet in the air, I’ve probably been ignoring any fluttering feelings higher up where her feet are. Definitely felt a new movement earlier, I think it was her letting me know she was up…(even thought it was 5pm!)

Wow, the weeks are flying by now – 21 weeks and I’ve definitely started showing more in the past week. It’s true when people say you just “pop out” – you really do! One day your jeans fit – the next, no chance.

Had a bit of a “crisis” over the weekend – not really a crisis but had a bigger bleed than any before Saturday evening. Didn’t panic because I know the midwife said about having a sensitive cervix but then I read up online Sunday and read that those with negative blood need Anti D shots if they have any bleeds during pregnancy at all, not just the scheduled one at 28 weeks. Monday I called the midwife and it turned out to be a locum who confirmed this to me so I had to call the Labour ward and go in to have a shot. Whilst I was there they gave me my first internal (of many to come I assume) and made sure everything was fine (which it is – *phew*) but took me back a bit – I wasn’t expecting it.

Apart from that though, all is well and just counting down the days until the 3D Gender scan when we can hopefully find out whether baby is a girl or boy,

Anyway, till next time, Carly x